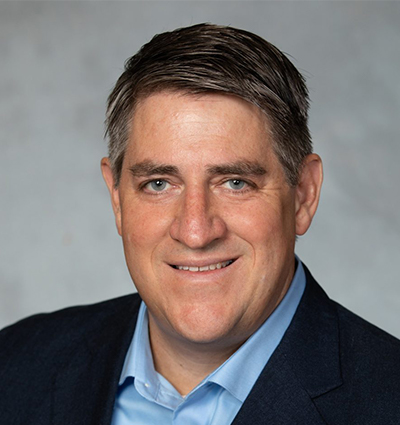 Getting out of a MEP or PEP is generally easy, but there are pitfalls to watch out for.

Editor’s Note: This is the first of a two-part series on best practices in getting out of a MEP, PEP or PEO. Part 2, on exiting a PEO, will appear in our Summer issue.

A criticism of multiple employer plans (MEPs) in years gone by was that they were like Hotel California— you could check out, but you could never leave.1

For the most part, this was an uninformed notion, except in the case of a defined benefit MEP. DB MEPs are subject to MEP-specific funding rules2 whereby each employer’s funding obligations are calculated separately, but the overall funding of the plan is a joint and several liability of all participating employers (PEs). It is therefore not appropriate, in a DB MEP, to allow a PE to leave the plan without funding its portion of shared liabilities on the way out. In effect, this “withdrawal funding requirement” can feel like a huge surrender charge to an underfunded PE that wants out.

DB plans, and therefore DB MEPs, are on the decline. Yet DB MEPs have left this legacy “Hotel California” perception that all MEPs have big surrender charges or obstacles to leaving. This is false… mostly.

WHERE TO FIND WITHDRAWAL FEES AND RESTRICTIONS

Some MEPs do, in fact, have surrender penalties or restrictions. The details can be found in multiple places:

• The fee schedule. This should be a “uniform” schedule that applies to all PEs, and will generally list any fees for withdrawing from the MEP.

• The plan document. MEP base documents generally have language about withdrawal rights.

• Joinder or service agreement(s). PEs sign one or more documents agreeing to various aspects of the MEP, including an agreement to abide by the terms of MEP bylaws or administrative procedures.

• 408b-2 fiduciary disclosure.3 This document is often the service agreement and fee schedule but may be a separate document.

Usually, any withdrawal fees will be modest—for example, hourly charges or a flat fee like $750, similar to what many recordkeepers charge in single employer plans. Something to be aware of is language with respect to the following:

• Withdrawal rights. Withdrawal may be subject to approval of the plan administrator. This is common language in MEP documents. As a practical matter, there is little likelihood that this language, in and of itself, would lead a MEP administrator to refuse to permit an employer to withdraw, and it makes sense that the plan administrator should have some control in the event of misbehavior of an employer. But a good practice for MEP construction today is to reserve to each PE the right to terminate participation at will, subject to reasonable provisions for correction of defects.

• A large withdrawal fee such as a basis point charge. This is a common feature of DB MEPs but highly unlikely to appear in modern defined contribution plans, though some older documents may have such language lurking in them.

WHAT HAPPENS TO ORPHAN PES AND PARTICIPANTS?

Who is responsible for terminated participants with balances (“terms”) in a MEP? Older MEPs used to tout this as an advantage for PEs because employers find it attractive not to have fiduciary responsibility for people who no longer work for them. Participants in some MEPs moved into “term” status upon termination and were treated separately, with responsibility for them accepted by the MEP fiduciaries.

Keeping “terms” in the plan after termination of participation by their former employers is still possible today (i.e., not prohibited by existing guidance) and is an interesting point for MEP-builders to consider. It is a way to reduce leakage and provide for a built-in rollover retention tool without having to do a rollover.

PEPs: The Next Big Thing?

The year 2021 is upon us, and with that, the SECURE Act’s much-anticipated pooled employer plans are coming online. Will they be a game-changer, or slow to get off the ground?

A recent report by Cerulli noted that although PEPs have received significant attention for their potential to transform the retirement plan landscape, they face several headwinds, ranging from conflicting employer priorities to complex administrative requirements and a need for competitive pricing to gain traction.

Of course, one factor that was not contemplated when the SECURE Act was enacted was the impact of a global pandemic. The report explains that small business owners frequently cite cost and the need to prioritize other benefits as obstacles to establishing a workplace retirement plan. Given that many small businesses are closing because of the pandemic, this concern rings true. Additionally, “As individuals stress about caretaking, their own health, or their children’s hybrid learning schedules, retirement planning has taken a backseat to conversations about wellness and flexible work policies,” the report notes.

In this context, Cerulli anticipates that employers without a retirement plan will be reticent to join a PEP, and the solution will be “sold, not bought” for this cohort. The firm also notes that small business owners seeking to provide retirement coverage have no shortage of current options, from SEP and SIMPLE IRAs to competitively priced single employer plans, offered by firms looking to bundle. — Ted Godbout

Under this approach, the MEP vendor holds onto more accounts and assets over time. As a practical matter, however, MEP providers today tend to keep “terms” grouped with their employers, including upon withdrawal from the MEP. Employers might like this approach because they no longer have to worry about their terminated employees, and possibly because they can avoid an audit at some future date due to having fewer eligible participants, or they might dislike this approach because it erodes their purchasing power when hiring their new vendor upon leaving the MEP.

TERMINATION IN A MEP REQUIRES A SPINOFF

It used to be easy for an employer to “terminate” its portion of a MEP—it simply stopped participating and did not start a new plan. Today, terminations are handled via spinoff: a PE that no longer wishes to offer a plan to employees spins off and terminates the new single-employer plan. Some commentators have suggested that this is a complicated and expensive process—another “Hotel California” problem for employers—but most experienced MEP providers handle the spinoff and termination with a level of cost and pain that is similar to what the PE would experience if terminating a single employer plan.

Leaving a defined contribution MEP is easy in most cases—generally no more costly or painful than leaving any other vendor relationship. But employers considering a MEP should watch for unfavorable language in service agreements or other documents regarding withdrawal rights and costs. PC

Independent operational fiduciary Group Plan Systems, LLC has signed an agreement with JULY Business Services to serve as recordkeeper and third-party administrator to a Pooled Employer Plan (PEP) for which GPS will serve as the Pooled Plan Provider (PPP).

A Rumor of the Death of GoPs

The retirement industry got two new plan types via the SECURE Act—pooled employer plans (PEPs) and “groups of plans” (GoPs). But proposed regulations issued on Sept. 14 might effectively kill the GoP provision as a useful product tool.

The Progress and Future of PEP Construction and Regulation

The pandemic has delayed construction of pooled employer plans (PEPs) by at least a few months, but the building continues, as do the efforts of the Executive branch to publish anticipated guidance about…